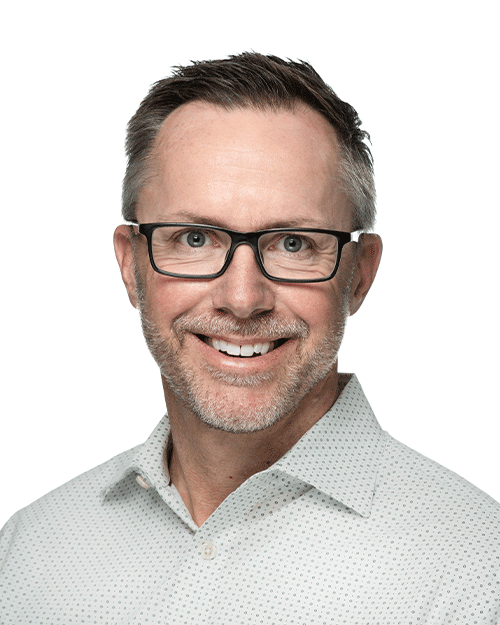 Roger brings more than 20 years’ experience in technology and retail operations to Techlocity.

Roger has spent his career bridging the gap between leadership and the technical teams he has managed. His favorite aspect of IT is breaking down the jargon to help leaders and business owners understand the function, purpose and strategy behind how technology can have a positive impact on a business.

A Ball State University graduate, Roger served as Senior Vice President of Information Systems for The Finish Line, Inc. as well as developed and launched its eCommerce business before moving in to consultant work.

Roger also serves on the Board for the Central Indiana Better Business Bureau and is a Board Member for Dyes Walk Country Club located in Greenwood, Indiana.

Roger lives in Greenwood with his wife and three children. He enjoys spending time with his family and keeps busy with trips to Purdue to see his son, attending CrossFit competitions for his daughter and assisting his other son with his duties on the Archdiocesan Youth Council (AYC).

His free time is spent on the golf course and enjoys both casual and competitive golf.

Back in the 1980’s Roger was known for his break dancing skills and was part of the Circle City Breakers who won several city and state competitions. While age has hampered his flexibility, he can still perform a pretty fluid moon walk. Roger appreciates that social media was not available in the 80’s to document his break dancing.

Ready to Secure Your Business?

Discover How Techlocity Can Help Your Business!